This year was full of strong strange vibrations, I’m sure I was not the only one noticing the magical forces floating around the 2012. Exactly one year ago I was doing my fieldworks in a small village in South Sulawesi. The air was warm and sky sunny with some breath sudden tropical rainfalls. I was staying at a wonderful and powerful calabai – a local name for a waria among the Bugis people -, who then invited her friends and local authorities to the front garden of her popular salon and made me and Minna an amazing make-up, as that’s one of her talented skills.

Together with a bunch of funny young calabais we headed down to the center of the village, dancing wild and sexy on the stage, completely sober, as alcohol is generally forbidden here, as it’s considered to be important to keep up the proud morals of decent Moslem people. Besides, as we realized in the afternoon, all nearby houses producing local brew had already been emptied from the popular mild palm wine, that we all could have enjoyed anyway. And I had also discovered myself in the somewhat paradise of gender pluralism – a good start for the year, that was carrying me along this wave – to extensive few months in hot hot Papua, ghostly magical living with Monica in Yogyakarta, along with stripbots and revolution out of control with Monty Cantsin in Tallinn, to radical queer film festival Entzaubert in Berlin with a soul friend Alec Butler, to ILGA world conference in Stockholm, and getting more into visual and vivid with Judith and David MacDougall in utopic and stunning Sardinia, or dreamy days as a press at IDFA film festival in Amsterdam, hanging out with Alvaro, the sweet craziness from five years ago Peruvian Amazon. Lately I’ve been testing my shooting skills on the Gray of Utopia and getting lost in the nighttime underground world of Susanna and Vanessa. If I would give an imaginative title to some of my new friends, then this couple of ladies who have caught my camera would be my persons of the year. Me and Kiwa have been digging out the wonders of the good old Soviet Union – the bittersweet hippie trail on the other side of the iron curtain. And I’m continuously excited about the book of magic by me and Berit – our Seven Worlds is gonna be knocking on the door of 2013!

This year has also seen some shaking weird emotional states, I’ve been low and high, sick and healthy, in love and lonely, motivated to stand out for the raise of awareness and to fight for human rights and freedom of self-expression, and depressed feeling this being a naive dream and impossible mission. But as I’ve always believed – life goes in spirals.

Dear anonymous faraway friends and the ones I’ve had a chance to share some moments of this reality, I wish you warm heart and progressive moves for the coming up 2013. Let’s make this world possible. 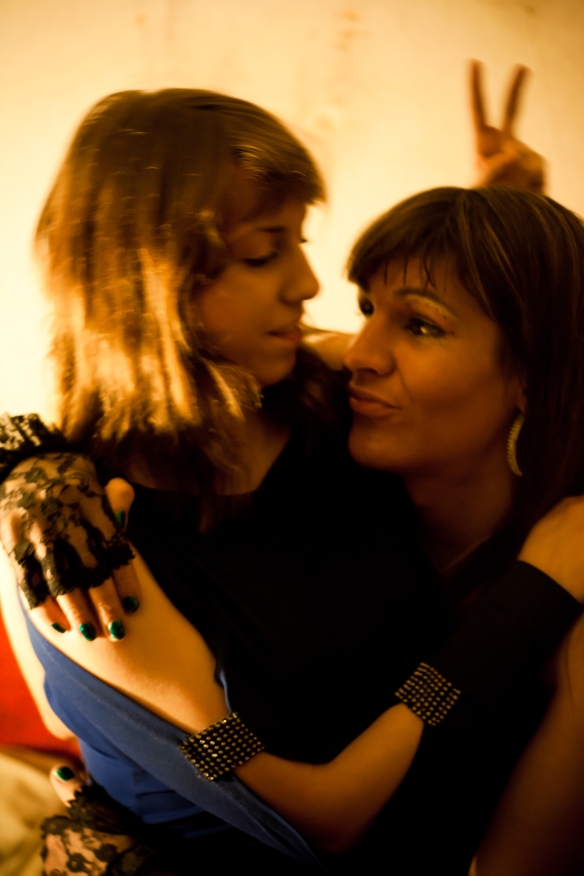 And for the fun part, once again, the sexy dance from the village of South Sulawesi: 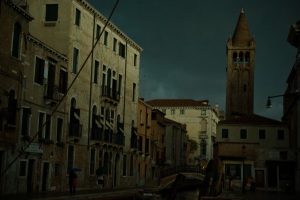 Hippie, nomad, hitch hiker, wanderer, student, how ever one may call us, we live in our own worlds, constructed and designed by our own ideals. Our dreamland is governed by the laws of freedom and creativeness. Happiness is received from emotions not from materials and the world of consumption is pushed far from the perspectives as a shallow entertainment.

But in some cases, like when you suddenly find yourself from between the shiny jewelry and shoe shops of Venice, you feel alone in the world as the only one who cannot afford the luxuries of modern life. You forget your eyes in the middle of these romantic channels on the people who are sitting happily in the fancy restaurants or rushing with bags full of delicious food and drinks towards their expensive hotels.

One of those mortals we have been staring at stops if front of us and asks for a map. A bottle of Beefeater is peeping out from the plastic bag, just next to a nicely smelling baguette. I think he saw my saliva dropping on the ground as he comments on his bag:

„It’s good stuff in this bag, isn’t it. I cannot wait to try it either. My girlfriend and I have been in Venice already for a week. We lived in the streets in front of the train station. It’s just today that we really needed to shower and decided to take a hotel for the last night here. Hence the bottle for little celebration.“ And off he goes towards his main street hotel, with his gracious manner of walking, pride reflecting from his face and leaving us behind with some instructions of survival.

We only need one night to see the Art Biennial and leave. Renting a room is out of question and this stone city on water has no place for a tent. The only option left is to follow the man’s idea and doze off on a terrace of the train station’s restaurant.

It is around 6 o’clock in the morning when a well-eaten man with a punch of keys claps his hands in the middle of the yard and shouts:

Several heads start to rise from different corners of the terrace, hidden behind the pot-plants. Just a few meters from us there lives a French couple, on the opposite side sleeps a Dutch gentleman and an old Russian hippie. Another head arises, wearing a trendy hat and extravagant clothes as if he was coming straight from Milan’s catwalks. In the streets one could easily mistake them for the wealthy European. They all have their heavy cameras and tiny iPads in their pack-bags, none of them is really a homeless. But none of them can afford spending their holiday in a hotel of Venice.

An older gentleman who works in the cafe notices us in the bushes and comes to sit on our sleeping bags. He is worried if we could sleep well, if anyone bothered us and if we wish for a cup of coffee. He brings us a free drink to the floor, helps us to get into the shower rooms and pays for our bus to leave the town.

And there we are standing, in the middle of the channels and celebrating our survival with the cheapest ice-cream around. Some young travellers are passing by, staring at our satisfied smiles enjoying the dessert and are probably thinking how awful it feels not to be able to keep up with the wealthy tourists.

Fortunately all that is just illusory. 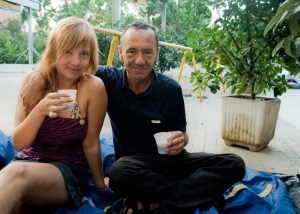 Documentary about transgender community in Indonesia

Adventures of the past